“Did you smell it ?”, I was asked by a fellow rider
“Huh? smell what ?”. I replied innocently, really!
“You can smell it along the way!” 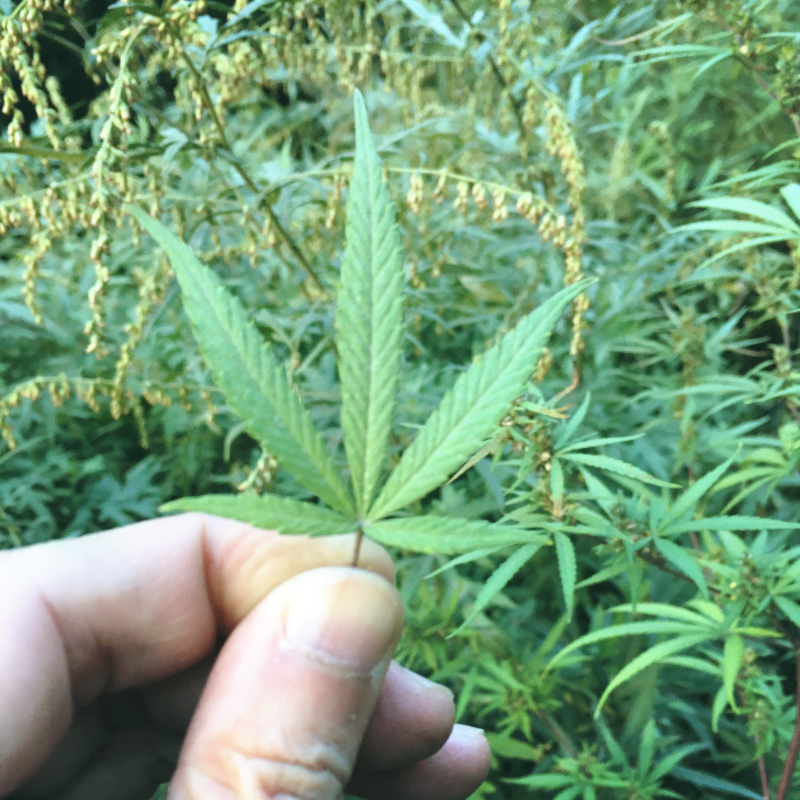 So this is Cannabis plant, which I’m holding is the recognizable shape of the leaf (think Adidas logo). When processed into consumable form, it can be Marijuana, Kief, Hashish, Tincture, Hash oil or Infusions. While I am not an expert in Cannabis plant. I can’t really tell this is right species, or if it’s the male or female plants, of which the latter are the one with high THC or CBD value, that determines the potency level of the substance.

Back in Singapore, 15 grams of these substance in consumable form will get me a sentence of up to 24 strokes of canning and a life sentence. Above 500 grams and there will be a mandatory trip to Heaven. The latter which will be a slow process, way slower than the cannabis can take you. 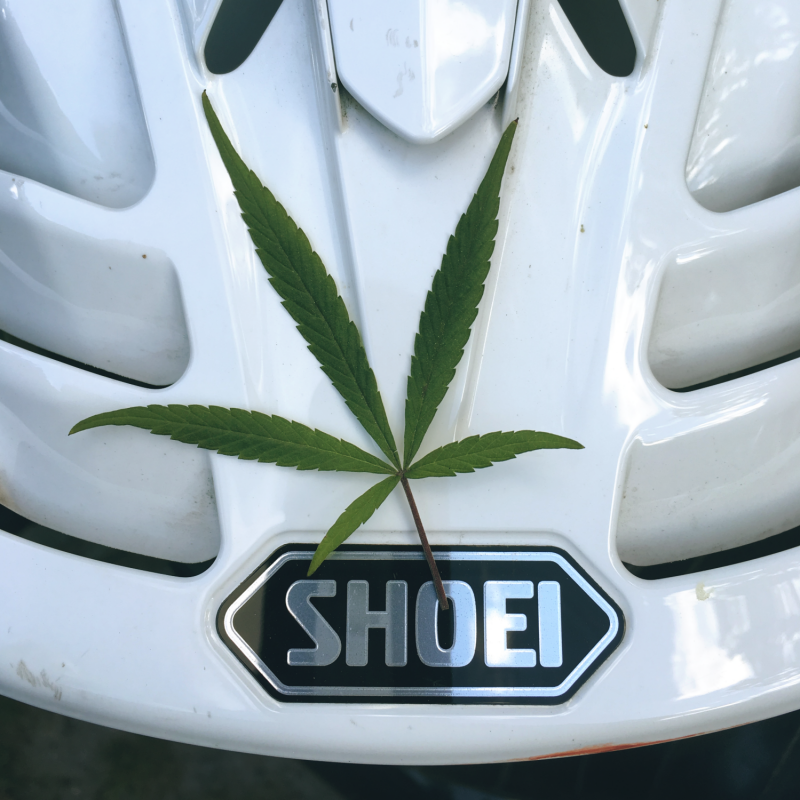 Just a helmet and a cannabis plant leaf

My almost first chance encounter with the plant was back in 2015 in Assam, India. Where a Nepali farmer plant it among his crops of vegetables. But we were one month late, and an accidental fire engulfed his whole farm, including his hut which house all his cannabis seeds. I was also told Cannabis are grown wild in Goa, that’s why it call weeds. And if I ride along the roads, I can literally spot it by the roadside. I was planning to go there! But never did I expect to find it in my second trip to Himalaya, and right here in Bhutan, the World’s Happiest Country.. yes you got it!

Cannabis grow wild in this southern region and central valleys of Bhutan. And where I found it is just 10 meters away from the Police check post. It is considered a weed, ahem!, for feeding livestock, mainly to fatten pigs. Traditionally it is use to make twine of bow and fiber (called kenam in Dzongkha, the main Bhutanese language) for clothes. It is only from the 1970s with the legalization of TV and foreign influence did the Bhutanese learned of its use as intoxicant, especially among the young. Even though they are grown wild, the procession and use is still illegal by Bhutanese law. 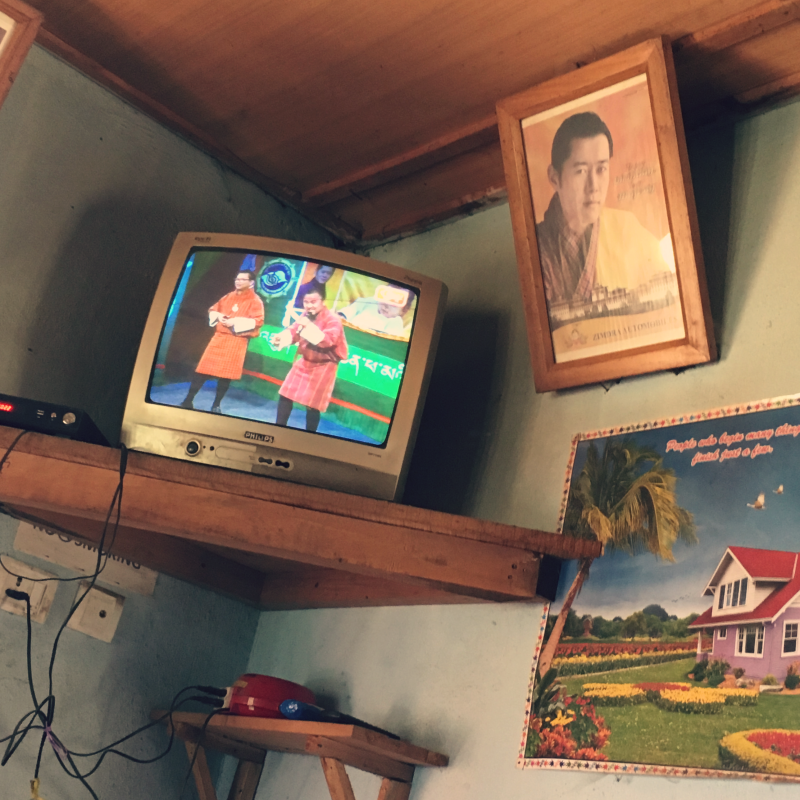 The legalization of TV in the 70s brought about the foreigner influence. Here we are watching Bhutanese Rap Battle Live on TV!

We were taught since young, by fear, how illegal and harmful this ‘drug’ is. But witnessing many other harming addiction that killed many yet they are still available on the shelves – Cigarette and alcohol as the obvious examples, have made me question this validity. Perhaps because we are programmed to socially accept it and it is a major source of revenue. The more I learn about nature, one will know what seems bad in nature are there to benefits in its own other way. Anything can be harmful if one choose to abuse it. Mather’s nature Law of Natural Selection will evolve it if it has no place on earth without any human interference.

Marijuana have proved medically to treat, some short term, neurological problems, chronic pain, muscle spasms, depression etc.. All form of ‘drugs’ does have its side effect and long term damage if overuse. Especially for recreational user with such tendencies, much like cigarettes and alcoholism and you can also add mobile apps addiction to the list. But why is it singled out to be illegal? 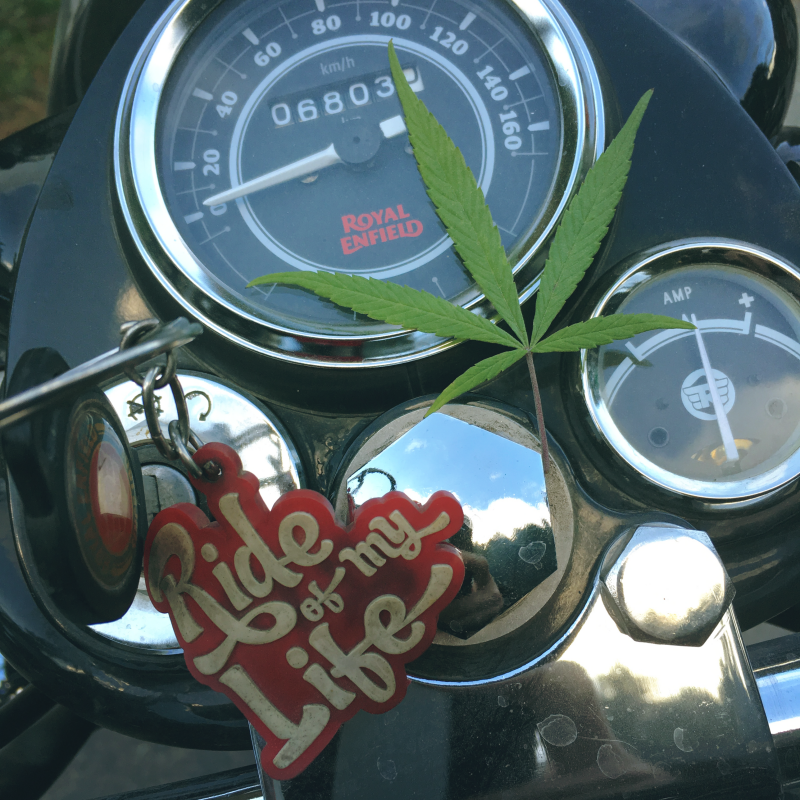 Ride of my Life – our tour organizer, no doubt it live up to it’s name!

If you make some sense with hidden history, or not because it is not ‘officially’ taught in school. America used to be the largest producer of Marijuana, until the threatened tobacco industry lobbyist infiltrate the government and make it illegal. And make tobacco smoking cool and healthy of course. You know the history from here on. It won’t be elaborated here but you can read further and do your own search on the internet – if it even show up in your search engine…

With the realization of the benefits and growing legalization of Marijuana, In recent times, there are evidence of Tobacco companies who are losing ground in their industry are now investing in Marijuana producing companies. No prize for guessing there will eventually target the recreational user. It just a matter of time the ‘me too’ law makers will find it safe to follow suit and legalize it. 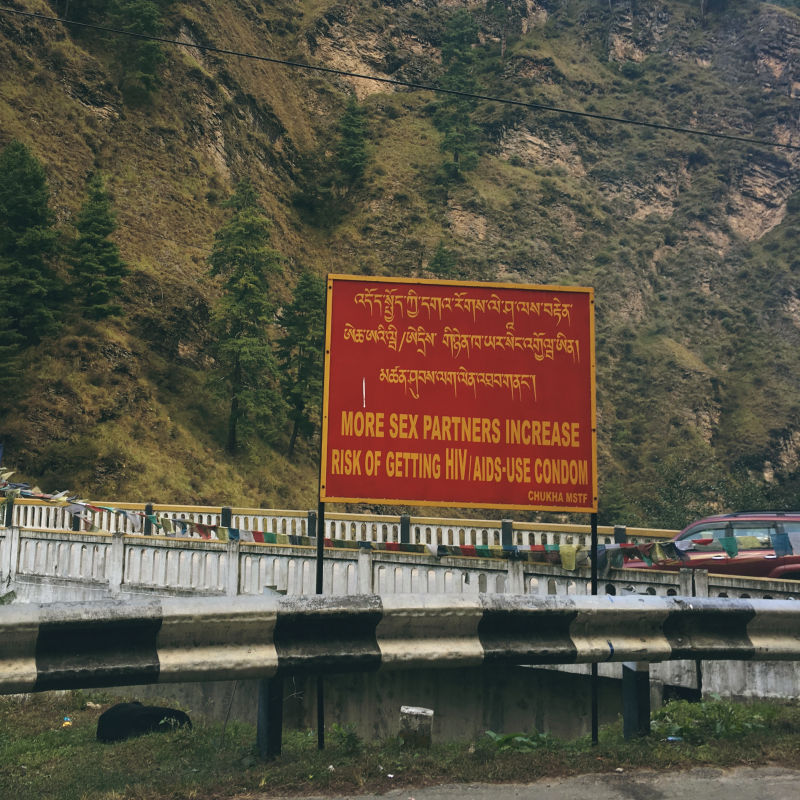 A friendly message from the World’s Happiest Country.

My point to myself is – do your due diligence before accept what is right, and especially what I’m told is wrong. And not accept it literally – be it the from the parental advice, law of the governance or divine books and of course whatever is written here…