Roing, Lower Dibang Valley. 31st December 2014. The night we welcome a new year, under the unpolluted star light. Far away from my concrete jungle, and with no digital connection. And here I am making a connection back to nature, our origin.

In a chilling night around a bonfire we gather, to listen our host, Mr. Jibu, about his religion Donyi-Polo. Before tonight, never in my life I thought I could face a practitioner of animistic brief, supposedly ancient and extinct by our urban perception. 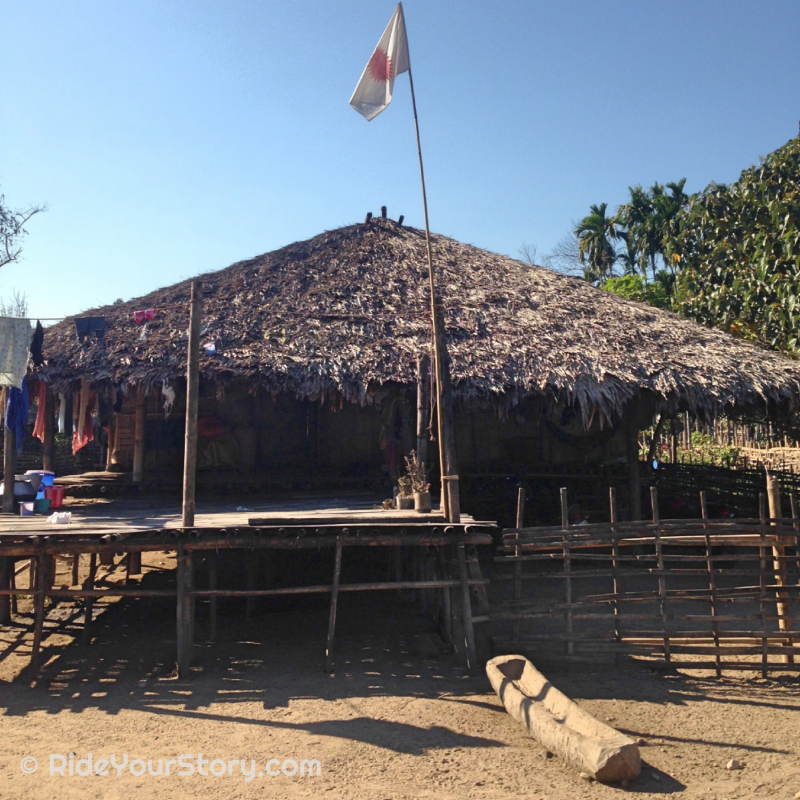 All Dony-Polo practitioner will have this flag display over their house.

Donyi-Polo – meaning the Sun (Donyi) and the Moon (Polo), representing the male and female energy forces. It is the animistic and shamanic brief of the Tani and Tibeto-Burmese people of this region in Arunachal Pradesh.

Mr.Jibu, our host, gave us a very valuable insight to the essence of this practice, ‘to live harmoniously with Mother Nature who provides for all the living sentient beings.’ If we abuse her, mother nature will somehow take it back. Sounds truthful enough… a core teaching where other organized religions failed to address.

According to Jibu, Donyi-Polo predate Buddhism or perhaps even Bön (a religion that predate Vajrayana Buddhism) in his ancestral home within Tibet. And upon his death, his spirit will return to Lhasa, his ancestral home, via the migration path of his ancestors passing through the present day Myanmar and presumably Yunnan. 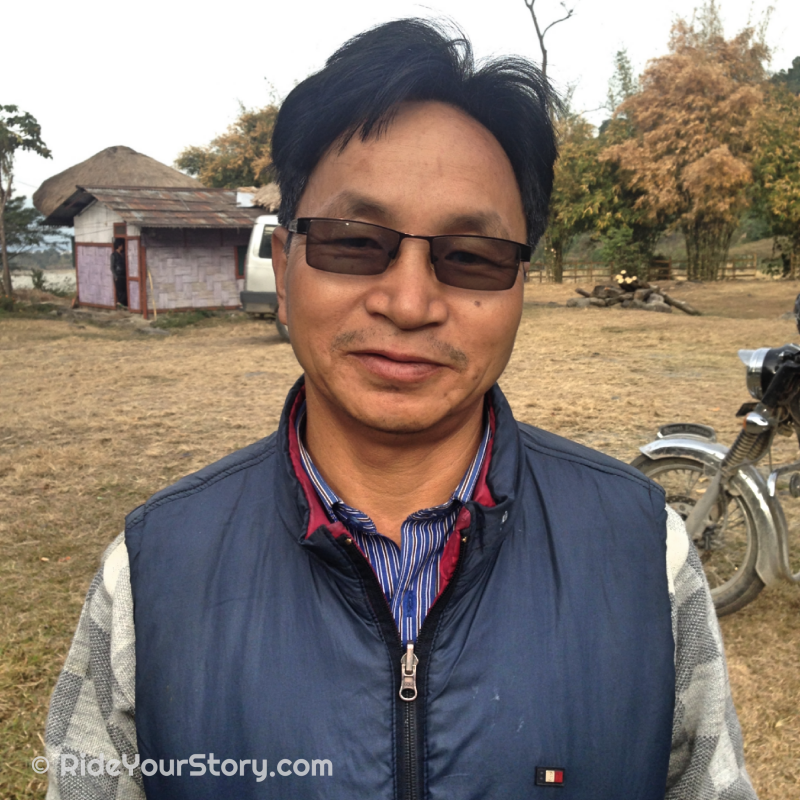 Mr.Jibu, a Mishmi, our host for the new year of 2015 at his Mishmi Hill Camp. He offered to extend my stay with him since I ‘look like one of us’ and ‘the police will not know’.

Donyi-Poloism are traditionally passed down orally with no written scriptures and central place of worship. In order to counter the alluring and aggressive conversion by other popular organized religion. A revivalist, Talom Rukbo, also known as the father of Donyi-Polo, structured and formalized the religion in the 1970s. Thankfully Donyi-Poloism have seen a rise in followers especially among the young generation since.

Let’s hope Donyi-Poloism will be able to share their knowledge with the rest of the universe. 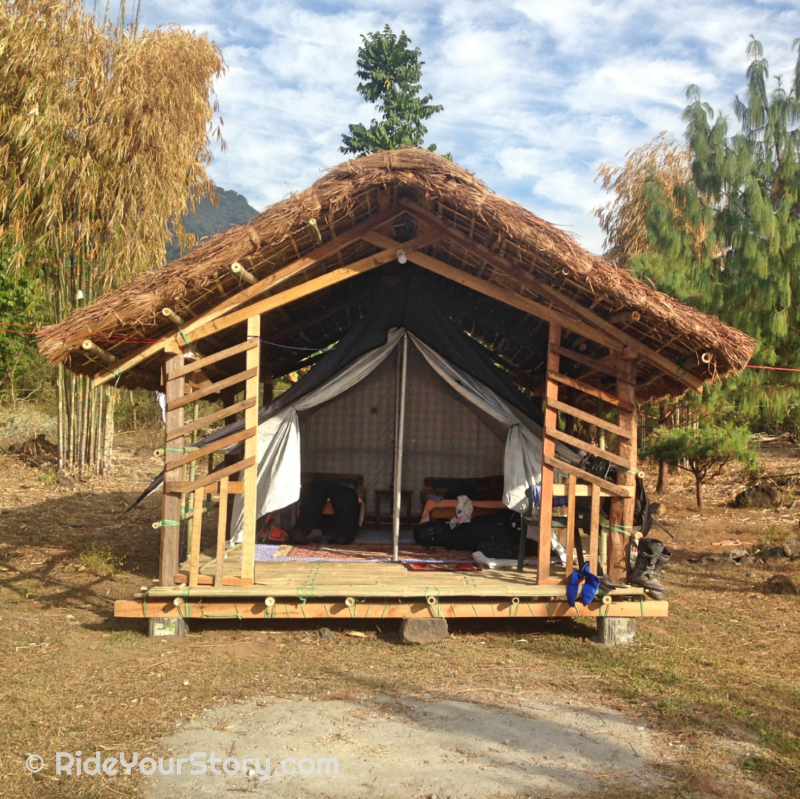 Our humble stay in Roing, within the yard of Mr.Jibu

The next day we took a walk on the small and peaceful town of Roing. 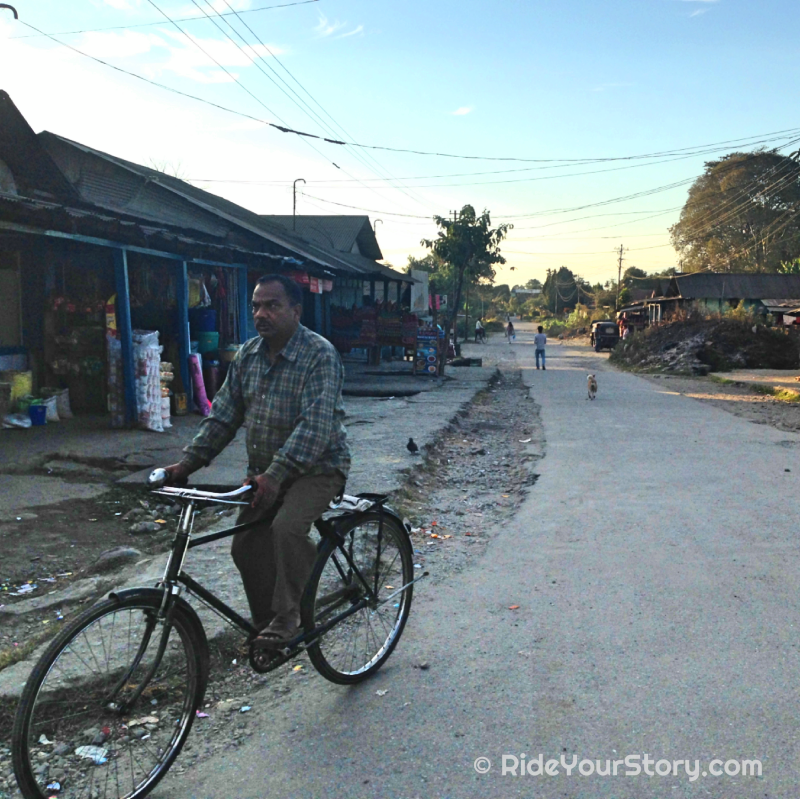 A peaceful and friendly town of Roing. with a small population of about 11,000. unlike the rough terrain of other town in Arunachal Pradesh. Roing is quite plain with flat land for farming and cultivation. 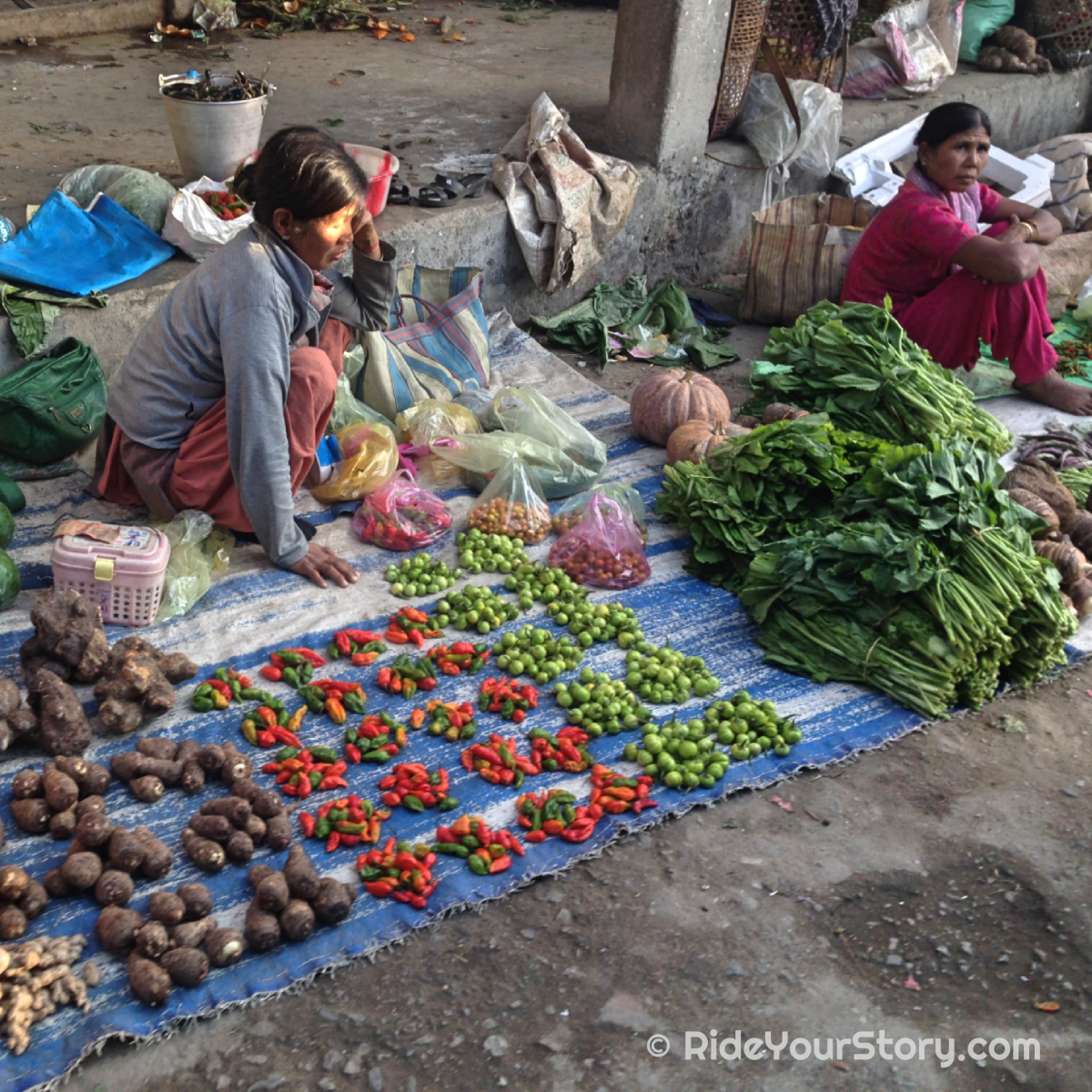 A market in the center of Roing. You can’t get more organic than these. Note the Bhut Jolokia, aka Ghost Chilli. 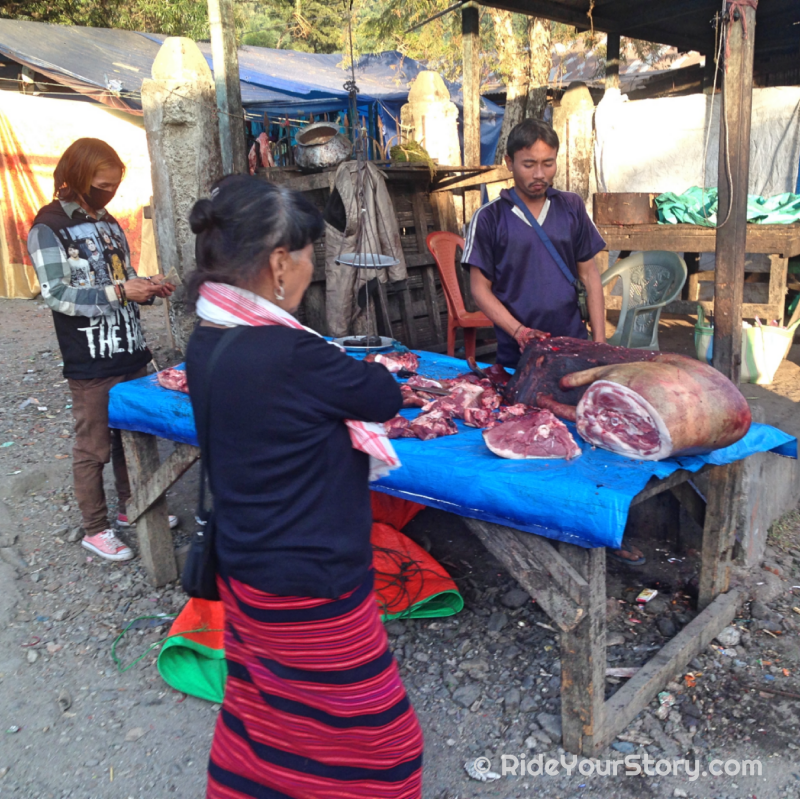 The Art of Butchery have yet to reach this part of the world.